“We are the Sultans of Price Swing”

Gold & silver have been on tight lockdown all week. After gold punched through $1300 on Friday, August 18th, both metals have been range-bound and capped ever since:

Furthermore, we have been monitoring the daily chart all year, and noticing, especially with silver, that there has been very little to no consolidation. However, all that has changed this week:

The MSM will be quick to point out a healthy “consolidation”, “basing”, or however they would like to spin it, but one look at that chart and we know exactly what it is: Fierce capping of price ahead of the Fed’s Jackson Hole Keynesfest.

The “consolidation” is pronounced in gold as well:

Of course, we can rest assured that the battle for $1300 will not be pretty. This is the third defensive stance by the market manipulators this year. After the April and June gold offensives, maybe we took for granted “third time’s a charm”, and now we are finding out that since June, they have been hardening their defenses.

Sorry, but I’m done with the sugar-coating and the fun strike-through fonts. Let’s just call it what it is: All out desperation to keep a finger pressed down hard on that sell button until every last person who wanted to buy gold was sold to and then some. I’m sure that guy has a blister on his finger, yellow stains on his undershirt, and a ring around his collar. Here’s the volume spike close up so you can get angry, mad, or sick:

We all know what happened in the wee hours of November 9th, 2016, but a closer inspection of daily volume shows that while the cartel has been successful in containing price, they haven’t been successful in really knocking it back to $1050 or anything like that. Also, in addition to the “flood the market with naked short gold futures contracts and buy them back when enough have been printed to outspend then outlast the specs”, there has been a slowly increasing volume creep all year. So much so that it looks like it is about to get very, very loud. For example, North Korea came and went, as did Charlottesville and the Total Solar Eclipse. If we live by the 24 hour news cycle as Jim Rickards states, what explaination is there that gold would have such a massive spike in volume (dumping) on a day when nothing is going on?

Publicly, the Fed ignores and avoids gold all of the time. So while Jackson Hole is a whole lot of “meh” in terms of an effect on gold, with the proxy exception of talking the US dollar one way or another,  there is really no reason to see what we are seeing. It’s not FOMC day, it’s not minutes day, it’s not Nonfarm Payrolls day, it’s not anything massively market moving day, other than a Fed convention just like all the other Fed conventions.

And so today, the metals are standing their ground. They are not on the offensive, but they are not retreating, and gold and silver have recovered all their losses within just a couple of hours:

It is bittersweet, because we know the metals are strong. Copper and palladium have shown us that. The pill that’s hard to swallow is the one that could have led us to a $75 day in gold and $1.00 day in silver. We had some big move days in 2016 don’t forget (Brexit & Trump), and today, we could have had a big move off of nothing but the pent up energy everybody must be tired of waiting for. All that it means, however, is that once the pent up energy cannot be contained, the cartel will wish they could keep it at $75 and $1.00 days.

If you really want to bust out the tinfoil, here is some fundamental food for wrapping it in the foil and putting it in the microwave thought. North Korea? Crickets. Racial divide and blood on the streets? Crickets. President Trump screwed this up or stuck his foot in his mouth on that? Crickets.

NUKE PRO: Exposing Truth Anti-Nuclear Information and Resources, and Disaster Preparation Planning: http://nukeprofessional.blogspot.com/ On just May 4, the Bulletin of the Atomic Scientists published an article about the closing of the failed Monju reactor in Japan.     It only operated for less than 5% of it’s existance, plagued with problems.      They spent $9B for a failure 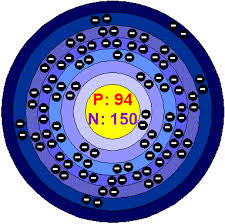 This may not sound like much, but it only takes 350 micrograms of Plutonium to pretty much for sure, kill you, WITHIN A FEW YEARS.  Some people say as little as 1 microgram COULD kill you, and that is true, just not likely to kill you that fast.

847,143 Potential “Almost For Sure Kill You Quickly” Human Deaths

Donald Trump won the presidential election in a fair, democratic process. The entire Nation voted and resoundingly cast their vote for Donald Trump to be our Commander-in-Chief and lead this great Nation.

In wake of President Trump winning the election in a landslide, thousands of whiny, entitled liberals are flooding the streets with their violence and tears because they just cannot deal with a President that has said mean things.

Many of the protesters are paid mercenaries by Clinton-ally George Soros to carry out acts of violence and destruction in major cities across the country. They are destroying car lots, businesses, but more importantly, they are assaulting people for absolutely no reason.

On top of that, reports are now circulating that Mexican drug lord Joaquín Guzmán (El Chappo) is offering a $100,000,000 bounty for anyone who can bring him Donald Trump, dead or alive.

Mexico’s billion dollar drug lord has been gloating all over social media about his escape from a maximum security jail by taunting authorities and threatening US-presidential hopeful Donald Trump.

El Chappo’s Tweet Telling Trump To Get Ready For Him

According to informants close to El Chapo, the drug lord was offended and furious with Donald Trump’s racists allegations and plans of a Great Wall dividing the United States and Mexico. The bounty was set weeks prior to El Chapo’s escape with the help of other members of the Mexican cartel.

According to fellow inmates, El Chapo was very vocal about his hatred for Trump, citing that El Chapo often spoke about murdering Trump and found pleasure in masterminding an assassination.

Thankfully, we do not have a weak President anymore that will cower to threats. Donald Trump sent several tweets back indicating that El Chappo embodies “everything that is wrong with Mexico” and that he would “kick his a**” at Trump Tower.

While President Trump is a tough man that can hold his own, we must not normalize these threats. Whether we are discussing protesters in the streets or a drug lord from Mexico that is upset that Trump’s Wall will hurt his drug smuggling business, these threats should be met with serious consequences; and under President Trump, they will.

Standing outside Trump Tower with a sign that calls for Melania Trump to be raped is never going to be tolerated. Destroying businesses and calling for the assassination of a President will never be acceptable. These liberal crybabies are revolting because they are being paid by Hillary Clinton donors like George Soros to revolt in the streets.

In Trump’s America, toughness and hard work will be the new mindset with everything we do. If you are ignorant enough to threaten our President, you better be willing to accept the outcome; because Trump is not going to play these liberal games any longer once he is sworn into office.