A quick-thinking person took video, which has been widely shared across Twitter.

#Update: Just in – Video of the moment these 400 African illegal immigrants stormed in the terminal of the Charles de Gaulle Airport in #Paris. #France pic.twitter.com/vPaxkpseDz

The organized group released an official statement and warned this will not be the last effort such as this.

All of the migrants involved appear to have a common thread.

This is not an isolated incidence of migrants behaving badly. Here’s another example and another still.
What an incredibly dangerous precedent

The migrants are reported to have refused to allow passengers to board their planes until their demands were met. They were held back by riot police but actually got a meeting with a representative of Air France.

What kind of precedent does this set? One tweet even suggests “Prime Minister Édouard Philippe caved into their demands and gave them all permanent legal status, though that hasn’t been confirmed.”

This means that you can go into a foreign country and make demands and people will actually listen. People will actually capitulate to your demands in a place where you are by the grace of the local government. If there was any doubt that there’d be more of these types of sieges, I think we can lay that to rest right now.

We have not seen the end of the Black Vests

I’m not against people migrating to other countries. I’ve done it myself and I’ve brought my children back to my own country. But there are processes. This is not one of those processes.

Currently, reports say the siege has ended. There are no reports of arrests.

France does not belong to the French, indeed

The Muslims are fully aware that an attempt to burn the Al-Aqsa Mosque in Jerusalem at the same time as Notre Dame was burned was the work of #KhazarianSatanists, not Christians.

As these events show, the battle against the satanic Khazarian mafia is raging in a way that transcends traditional political, religious, and geographic boundaries.

Germany and its EU 4th Reich regime are under siege and facing collapse due to a massive debt load and popular resistance in occupied states like France and Italy. As a result, Germany may be forced to sell its crown jewels—the Daimler Benz Corporation and #DeutscheBank —to the Chinese, according to Japanese military intelligence and other sources. —

It’s difficult for normal people to understand the superstitious mindset of these satanists, but essentially they seem to think they are in a battle against a goddess. That is why they chose to burn “Notre Dame” or “Our Lady,” because this refers to Mary. Mary, of course, is the Christian name for the Goddess Isis, who raised an infant until he could defeat Set or #Satan. It is for this same superstitious reason that these satanists created a horrific terror organization and tried to call in ISIS in order to weaken support for the Goddess in the minds of humanity.

The hope in sacrificing Notre Dame was to unify European and world sentiment around German Rothschild-slave President Emmanuel Macron, just like Americans rallied around George Bush Jr. after 9/11, the sources say. Instead, according to multiple sources in the French Yellow Vest resistance, the burning of the Cathedral is being blamed on Macron and his German puppet masters.

“The desecrations of European Catholic churches and the Notre Dame arson in #France may have a silver lining and lead to the firing of Pope Francis and the defrocking of French Cardinal Philippe Barbarin,” was how Pentagon sources saw the situation. “The satanic global Jewish #mafia may have signed their own death warrant with anti-Christian terrorisms in France, the Easter massacre in Sri Lanka (in which no Israelis were killed), and elsewhere,” the sources added.

Certainly a critical mass of aware people, especially in the world’s military and intelligence agencies, know that the “Islamic State” really refers to the Satanic State, i.e. Israel. So when the “Islamic State” takes credit for the massacre of Christians in Sri Lanka and elsewhere, the real culprit, Israel, is pinpointed.

“A 21st century holy war or crusade against the Jews [Khazarian Mafia] will be led by Russia, the EU, and the USA to defend Christendom, aided by Muslims,” the Pentagon sources predict. A group of moderate Muslims supports this statement with its move to get advisory status with the UN in order to fight against efforts to start a Muslim/Christian holy war.

The Muslims are fully aware that an attempt to burn the Al-Aqsa Mosque in Jerusalem at the same time as Notre Dame was burned was the work of #KhazarianSatanists, not Christians.

As these events show, the battle against the satanic Khazarian mafia is raging in a way that transcends traditional political, religious, and geographic boundaries.

Another example of this is the disappearance of a Japanese F-35 fighter plane off the coast of Japan on April 9th. 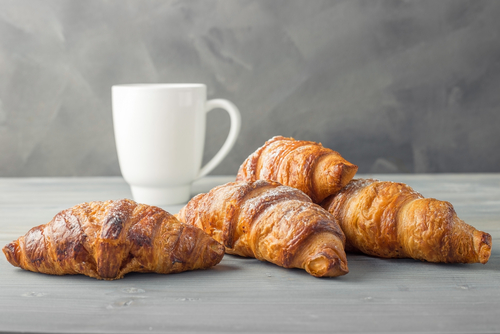 There is a butter shortage in Europe that has seen prices soar by 300% without speculators. The problem can be traced to the end of milk-production quotas in April 2015 directed by the EU that led to a glut early last year in Europe. Centralized planning just never gets it right. Setting regulations requiring the production of butter is just something politicians are never good at. Once the quotas were eliminated, the artificial prices dropped drastically and then farmers stopped producing.

Now with the collapse in production, a shortage took place and then prices have soared. The timing was rather special because, on a global perspective, milk product exporters were curbing their own output in the United States and stopped selling abroad. The higher domestic demand was sparked by New Zealand, the world’s biggest dairy exporter, had experienced lower production due to droughts.

The French like their croissants that require butter. The French stores have refused to pay three times more for butter so even the French farmers have been selling to the rest of Europe. France has gone into a massive butter shortage by at least 30% of the demand cannot be met.

An Air France (OTCPK:AFRAF) flight carrying 520 people from Paris to Los Angeles made an emergency landing in eastern Canada on Saturday after one of its four engines exploded over the Atlantic.

The aircraft involved in the incident was an Airbus A380 (OTCPK:EADSY) that was about seven years old, according to airfleets.net, while the engine was made by Engine Alliance, a joint venture between GE and Pratt & Whitney (NYSE:UTX). Do you support the open borders for refugees in EU? Vote:
http://refugee-crisis.eu